Get fresh music recommendations delivered to your inbox every Friday.
We've updated our Terms of Use. You can review the changes here.

So Broken Up About You Dying 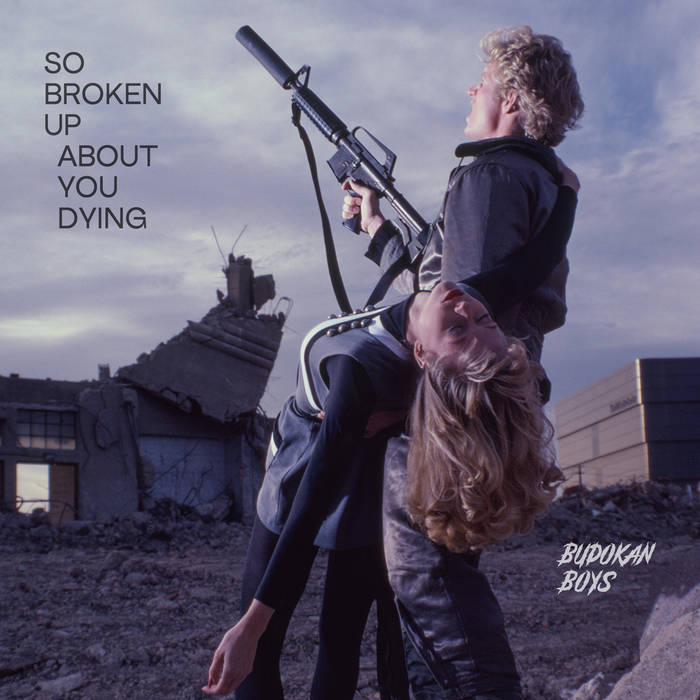 lcvriend The Budokan Boys take us on a mystical and painfully intimate journey of death and loss on their third album. We get to explore these themes through the eyes of an assortment of mysterious and oddball characters. The album is menacing, absurd and filled to the brim with dark humor. In my opinion it is a masterpiece.

Reviewed by THE QUIETUS: thequietus.com/articles/29197-budokan-boys-so-broken-up-about-you-dying-review

When Budokan Boys (Jeff T Byrd and Michael Jeffrey Lee) reunited in 2019 to record their new album, they were in bad shape. Byrd had recently lost his father, and Lee his brother. They decided the new album would need to address these losses—that it would be a “death record"—but that it might explode the satire of their previous releases and move toward something heavier, more cosmic and more mysterious.

The resulting album, So Broken Up About You Dying, is part danse macabre, part grotesque séance, and 100% manic memorial. The program boasts a dreamy, saxophone-spiked overture, a weeping-and-wailing Greek chorus, soliloquies by a number of unstable characters, an absurd, murderous climax, and a mind-bending denouement (featuring guest vocals by Lenka Soukupová). The dearly departed would be proud.

So Broken Up About You Dying is the third full-length from expat duo Budokan Boys. Currently ensconced in Europe, Byrd and Lee follow up their previous albums (Dad Is Bad and That’s How You Become A Clown) with their vinyl (and CD) debut, courtesy of NYC’s Ever/Never Records. On "So Broken Up...", Budokan Boys hold your hand and hit your funnybone with a hammer while you prepare to face the uncertain future. Come come, the Magic Mountain awaits...

For US orders, please visit: evernever-records.bandcamp.com/album/so-broken-up-about-you-dying

So Broken Up About You Dying was recorded in 2019 in Vienna, Austria.

Lovingly dedicated to Bob Byrd and Patrick Lee, who did not live to hear the album but who nevertheless helped shape it.

Deranging entertainment
or your
money back

Bandcamp Daily  your guide to the world of Bandcamp

The Hammer and The Relentless from the Boston band Malleus stop by for a chat.